Derry and Donegal will be putting on a major festival of Bob Dylan music between August 23rd and 27th. This coincides with Beatles Week in Liverpool where 800,000 visitors flock to hear the songs of the Fab Four. Bob Dylan and The Beatles are arguably the top two acts from the Sixties era. Beatles Week has been running for over 30 years.

The small picturesque town of Moville on the banks of the salmon fishing Lough Foyle has been running a highly successful festival of Bob Dylan music since 2007. Now, for the first time, the organisers have decided to expand the festival outside of Moville.  The main expansion is to Derry just 17 miles up the road from Moville. Derry has a population of 100,000 compared to Moville’s 1,500.

Said organiser Gerry McLaughlin, “I had been thinking of involving Derry in the DylanFest previously. I saw the former Mayor of Derry and current SDLP leader, Colm Eastwood, amongst the Friends of DylanFest Moville on Facebook so I messaged him and asked if was interested in having it in Derry too. It seems he was at the Moville DylanFest and he was indeed interested in having it in Derry too.”

Colm organised a meeting with the Events Organiser in Derry who organises, amongst other events, the Derry Jazz Festival. The Council were keen to put it on and so that was the beginning.

The small town of Culdaff joined the DylanFest by chance when organiser Gerry happened to be in the bar and was asked if he had any acts for DylanFest weekend. It just so happened that the star act, Al Diesen, from Sardinia, was available for the Saturday night.

Bob Dylan and The Beatles

Of course, Dylan and The Beatles weren’t really rivals in the Sixties. Indeed they each loved each other’s music and they influenced each other. Bob Dylan once said “They should put up a statue to The Beatles here. They’ve made America great again.”

When asked by John Lennon what he thought of the early Beatles records, Dylan said they were good – but the lyrics didn’t mean anything. That heavily influenced John Lennon who wrote the song Help as the next Beatles Single.

Dylan was great friends with Beatle George Harrison – which made John Lennon more than a little jealous as he was the band leader.

Derry, Moville and Culdaff may not be ready to rival Liverpool’s Beatles Week just yet but the festival is expected to grow and grow in the coming years.

So, gather round people that weekend in Derry and Donegal. If you missed the Sixties, that’s the place to be.

A festival of music by the iconic music legend Bob Dylan will be coming to the Legenderry city in late August 2018. Venues are already being booked for it.

It is an extension of the festival that has been running in Moville, Donegal since 2007 called Stuck Inside of Moville, the DylanFest on the Lough.

Said Tara Boehm, who has come over twice by herself from Philadelphia for 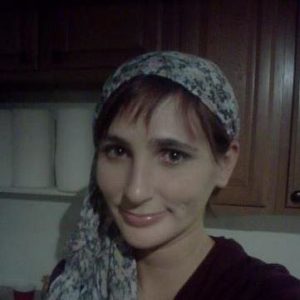 Moville’s DylanFest “The DylanFest is cool beans. It was an amazing experience with a new advernture around every corner. It’s great craic. Great cheer and an awesome experience all round. I made some great friends.  I’m bummed that  can’t make it this year”.

Said organiser Gerry McLaughlin “accommodation is booked for miles around in Moville for the DylanFest and so we thought that it would be time to expand it and L/Derry is the most obvious place to spread to.

“I’ve already had great help from L/Derry council and Visit Derry who already run so many great events in Derry like the Jazz Festival. It makes putting on the DylanFest a lot easier.

“We’ve already had great demand from venues who want to put it on. I’m told that a DylanFest will be very popular in L/Derry.”

It seems that L/Derry is very much mlooking forward to it too.

Said the Mayor of Derry City and Strabane District Council, Councillor Maolíosa McHugh: “I am delighted that the popular DylanFest on the Lough is now extending itself down the Foyle and into Derry City for 2018.

“It is an event that has grown year on year since it began in 2007 and has attracted visitors and performers from all over the world to sample the North West’s famous hospitality and celebrate the work of one of the great songwriters of our time, Bob Dylan.

“We look forward to welcoming those visitors to our City and District in August, it is an event that I’m sure local people will come out and get involved in too and is part of a packed programme of events planned by Council for Summer 2018 including the Foyle Maritime Festival in July.”

Said Donegal Councillor, Martin Farren, from Moville, who has seen 11 annual DylanFests on the Lough there, “I would like to take the opportunity to thank all of those who have been involved in putting together the DylanFest in Moville for the past 11 years and none more so than Gerry McLaughlin who came up with the idea 11 years ago. It has gone from strength to strength growing bigger every year.

“I would like to also take the opportunity to wish those who are organising the joint DylanFest in Moville and L/Derry, in 2008, every success and Moville is happy to be sharing this great event with the people of that great city of L/Derry.”

All Along the Watchtower

The L/Derry part of the DylanFest on the Foyle will be called All Along the Watchtower as many of the venues taking part are in Waterloo Street in the shadow of Derry’s Walls.

The words from All Along the Watchtower are an allusion from from the Bible (Isaiah) and are from Dylan’s Christian period. The title itself is derived from a passage in Isaiah:

They prepare the table, they spread the rugs, they eat, they drink. Arise, O princes; oil the shield! For thus the Lord said to me: “Go, set a watchman; let him announce what he sees. When he sees riders, horsemen in pairs, riders on donkeys, riders on camels, let him listen diligently, very diligently.” Then he who saw cried out: “Upon a watchtower I stand, O Lord, continually by day, and at my post I am stationed whole nights. And behold, here come riders, horsemen in pairs!” And he answered, “Fallen, fallen is Babylon; and all the carved images of her gods he has shattered to the ground.”
(Isaiah 21:5-9 ESV)

Isaiah 21 is a prophecy against Babylon, known widely for The Tower of Babel, which was built by man and intended to reach up to the Heavens.

Displeased by their intentions, God came down and scattered the formerly united people, creating a language barrier between them. This sets the tone for the song, which is ridden with Biblical and apocalyptic imagery.

Al Diesan from Sardinia in Italy

Among the acts already booked to come is Al Diesan from the island of Sardinia in Italy. He comes to the DylanFest on the Lough every year to play. 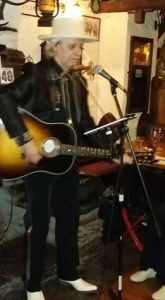 Al needs 6 planes to get here and back plus numerous taxis and buses just to play at the DylanFest.

Al goes to all the Dylan Festivals in Europe and last year went to the main one in America in California. He was the first non-American to play at it.

Said Al “Of all the Dylan festivals I play at the one in Moville is the most enjoyable. I am glad to hear that it has expanded to Derry. I played a gig once in Derry before when I came and look forward to doing so again.”

Derry is becoming a major centre for music festivals.

The city is renowned for its fantastic festivals and events calendar and the Dylan Fest Music Festival will be a welcome addition to the busy summer 2018 programme. Events are a major driver of tourism business to the city, enhancing and complimenting the destination’s cultural offering to provide a LegenDerry experience for our visitors”.

The DylanFest on the Lough will take place in L/Derry and Moville from August 23rd to 27th on the bank holiday weekend. For more information see www.DylanFest.com or the Facebook page DylanFest Moville.

To see the venues involved so far click on DylanFest Venues.

Biggest DylanFest in the World

The guys who come here to play from all over the world tell me that the DylanFest in Moville is the biggest in the world.
I can’t vouch for that but it will certainly be the biggest when Derry joins in too.
It takes place over 4 days in multiple locations, indoors and outdoors. It has now grown so much that every bed within 14 miles of Moville is taken well beforehand.
So, there is not much growth to be had for the festival in Moville.

Although it is already said to be the biggest DylanFest in the world, it would be even bigger still if we took it to Derry as well in 2017.
Of course, the logistics of having it in Derry would be much greater. Most festivals take place in the countryside where people live in tents and slosh about in the mud.
Moville’s DylanFest takes place right in the Centre of town and benefits the businesses there. Derry also has experience of this model with the Jazz Festival and other festivals.

What we would need to see what venues could be used. It would be good to have the main acts in an open area and local pubs could put on Dylan acts nearby.
The open area could be by the Guildhall, across the lough at the old Barracks, the street near Sandinos or the street by the Wall which has all the pubs like Masons etc.
Derry’s experience in publicising music festivals would be useful too.
Derry would be a perfect place for putting on a festival of Bob Dylan music.
I’m sure it is the kind of project that the man himself would approve of.
It would be great to be able to involve the schools as well with the kids from both sides singing Dylan songs like Blowing In the Wind and Mr Tambourine Man.
Page 3 of 3123